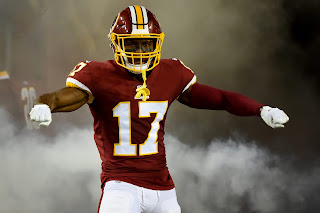 Terry McLaurin is back!!!  According to multiple reports, he is signing a 3yr Extension worth a total of $71M!  According to Ian Rapoport of NFL Media, the deal gives him a $28million signing bonus and $34.6 million guaranteed at signing.  He Gets $12.5 million fully guaranteed in March 2023.  The deal includes performance incentives of $250,000 for 2023, 2024, 2025 years for making it to the Pro Bowl.
According to ESPN, the $28 Million signing bonus is the largest signing bonus to date ever given to a WR.
Do you think this was the right move to make for the Commanders?  In my opinion, Absolutely!!!